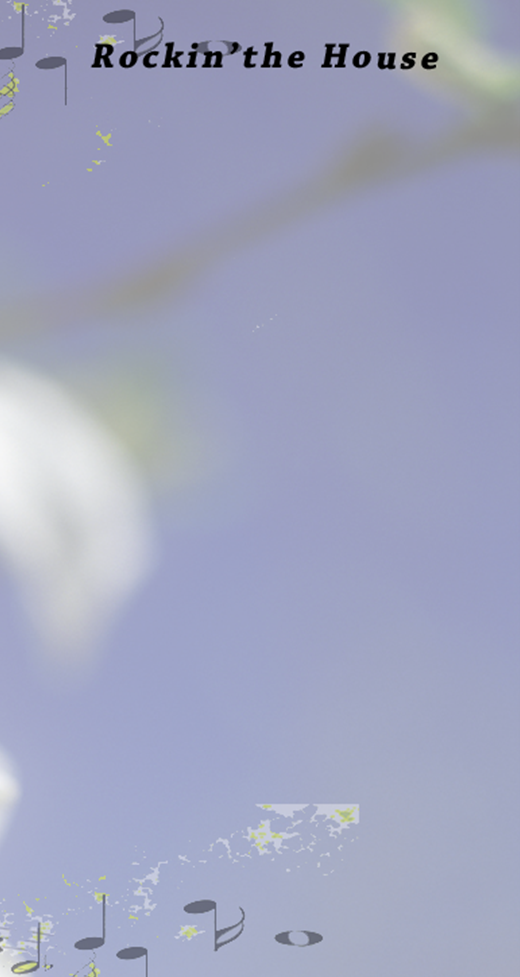 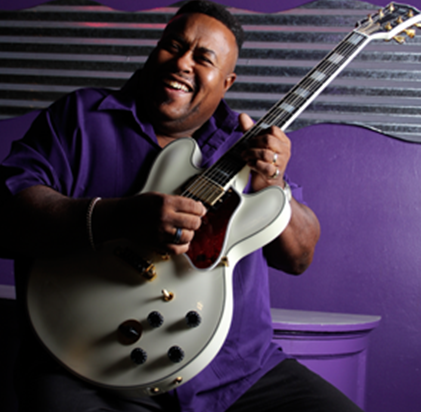 "Listen to the Music" a supple shuffle feel and adds bounce to renditions of Allman's "I'm No Angel" and Stephen Stills' "Love the One Your With." There's more noticeable grit to the McCray versions of Seger's "Night Moves," Skynyrd's "Needle and the Spoon," the Marshall Tucker Band's "Can't You See" and Uriah Heep's "Stealin'," and if you just want to hear the man cut loose on guitar it doesn't get much better than the extended jams on Creedence's "Born on the Bayou," a fitting nod to McCray's own down South roots "I was a little nervous to do all these classic tunes, and especially classic hits, because you open the door up to 'Who the hell does this guy think he is?' " McCray notes with a laugh. "But I'll tell ya, any of the alterations I've done feel natural to me. They're things I've always heard in my head when I listened to these songs. I think when you hear them they fit.  I thought Jimi Hendrix was white up until I was about 19, 20; I just figured he was a white rock 'n' roller, y'know? When I found out he was a black dude, it turned my whole world upside down." McCray's journey to becoming a globe-trotting recording artist in his late 20s has become a legend. After high school he went to work in the auto industry, too, earning good wages and enjoying good benefits at General Motors' Saginaw plant. But he never lost his musical jones and kept playing in bands and bars -- with two of his brothers as his rhythm section -- getting sympathetic and supportive co-workers to cover for him when his gigs conflicted with shifts on the line. "I tried to make all my (shifts). It just got to the point where I had to choose," recalls McCray, who chose music just a month shy of being vested in the company's pension plan, when he got an offer to sign with the Detroit production company No Strings Attached in 1988. "I don't have any regrets about taking that path," says McCray , and why should he?  He was the first artist signed to Virgin Records' PointBlank label, and AMBITION came charging out of the box to great acclaim from both peers and the press. Britain's Q magazine trumpeted McCray's "powerhouse energy" and "an elegance and technical prowess that will delight most exacting blues and rock aficionado," while Collins and Eric Clapton publicly stated their praise. And the presence of THE GIBSON SESSIONS' top-shelf guests is yet another indication of the regard his playing peers have for McCray. "I've been on stage with all those guys over the years. We've had many encounters," he says. "You've never seen me have guests on a record. I've never called in favors, never asked for anything other than camaraderie. But this record seemed like the right time to do it. I'm at a point and a time in my life where I'm old enough and I've been out there and established long enough that it's not like I'm just cashing in." THE GIBSON SESSIONS certainly offers a different look at McCray's music and opens new artistic vistas.  "For me, success is being accepted and recognized by your peers and having some people out there who want to hear the music, and I don't need a whole lot of everything to be happy. I feel comfortable with who I am.

Larry McCray's heart and soul are in the blues. Of that, there's no question. It's been 25 years -- award-winning ones at that -- of scalding-hot and tasteful blues from the Arkansas-born, Michigan-based singer, guitarist, bandleader, songwriter and heir apparent to a lineage that includes personal influences and heroes such as B.B. King, Freddie King, Albert King, all of whom he's had the chance to meet and play with. McCray's eight albums have blended reverence for that tradition with his own soulful spin on the form, and those achievements have been noted with an Orville H. Gibson Male Blues Guitarist of the Year award as well as the Top Guitarist prize in International Blues Matters' 2014 writer's poll. But there's a part of McCray here that has a rock 'n' roll beat too, and he's following
​that on his latest release,

THE GIBSON SESSIONS, a 12-song set featuring some of his personal favorites by Lynyrd Skynyrd, Bob Seger, ZZ Top, Gregg Allman, the Doobie Brothers, the Rolling Stones, Creendence Clearwater Revival and others, with help from six-string brethren such as Allman Brothers Band co-founder Dickey Betts, Derek Trucks (Allman Brothers Band, Tedeschi Trucks Band, Eric Clapton), Los Lobos' David Hidalgo and Jimmy Herring (Aquarium Rescue Unit, Allman Brothers Band, The Dead, Phil Lesh & Friends). "The blues is my favorite, for sure. I get more out of it, feeling-wise, but I've always been a rock 'n' roll fan and I've always tried to write music that was rock 'n' roll friendly," McCray explains. He adds, THE GIBSON SESSIONS is as much a Larry McCray album as the 1990 or 91 debut AMBITION or any of the others that followed in its wake. "I always try to move forward and remember where I came from," McCray says. This album is a way to do these songs I love and maybe get them heard by people who like that music already, but do it in my own way so I can have some of my personality and
self-identity within the music."